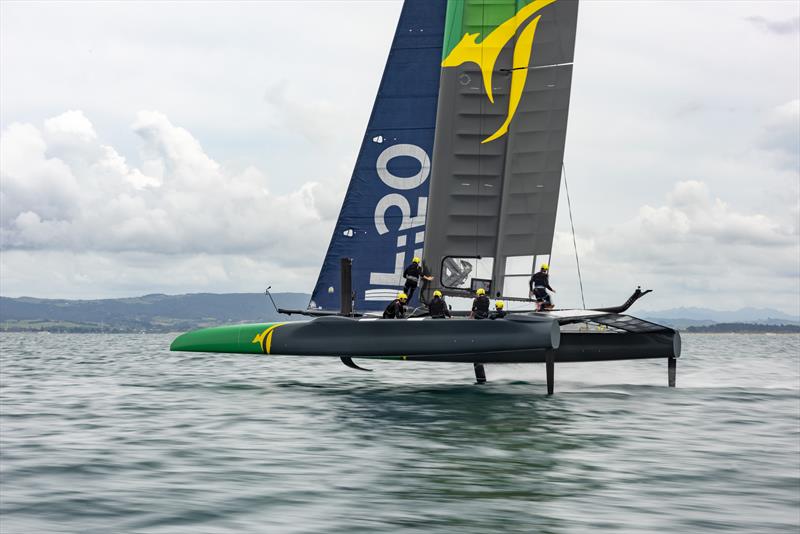 The new SailGP league and its F50 fleet, armed with Future Fibres rigging, looks to push the boundaries of sailing as we know it.

With the aim of bringing the fans closer to the sport we all love, SailGP is a new high-performance racing league that gives spectators access to key performance data and exclusive sailing footage. Featuring five grand prix events, all six national teams will sail identical wing-sailed F50s – the world’s fastest, most technologically advanced catamarans – making sure the spectators will always be on the edge of their seats.

The global league, which begins next month, will feature teams from Australia, China, France, Great Britain, Japan and United States, concluding in a $1 million winner-takes-all match race. What’s more, the league will showcase the most pioneering technology in inshore racing, including Future Fibres rigging.

Future Fibres is proud to have sold our cables to the current fleet which will carry our flagship ECsix multistrand rigging.

The F50 is a boosted redesign of the AC50 used for last year’s 35th America’s Cup, which was created after twelve months in development at Core Builders Composites in New Zealand. The entire fleet has been extensively modified with new foils and board cases, rudders and elevators, hydraulics and electronics amongst others so that it can exceed phenomenal speeds of over 50knots, helped also by its high-performance ECsix rigging.

With the multistrand coiling properties of ECsix the F50 catamarans and their rigging can also be disassembled and transported easily between venues and assembled and readied for racing in each venue within 48 hours of arrival at the event village.

With the start of the league kicking off in Sydney in just over one month’s time, the SailGP’s F50 catamaran has been successfully launched in New Zealand, with all six national teams spending valuable training time on the new class of boat over the past two months. The first two F50s, which will be sailed by Team USA and Team New Zealand, spent 27 days doing sea trails, and soon all six F50s will be lined up on Sydney Harbour for the inaugural season opener.

Future Fibres is proud to be a part of a league that is pushing the boundaries of what’s possible in sailing and we look forward to seeing the competition begin.

The F50 recently completed its sea trails in New Zealand

A successful year draws to a close