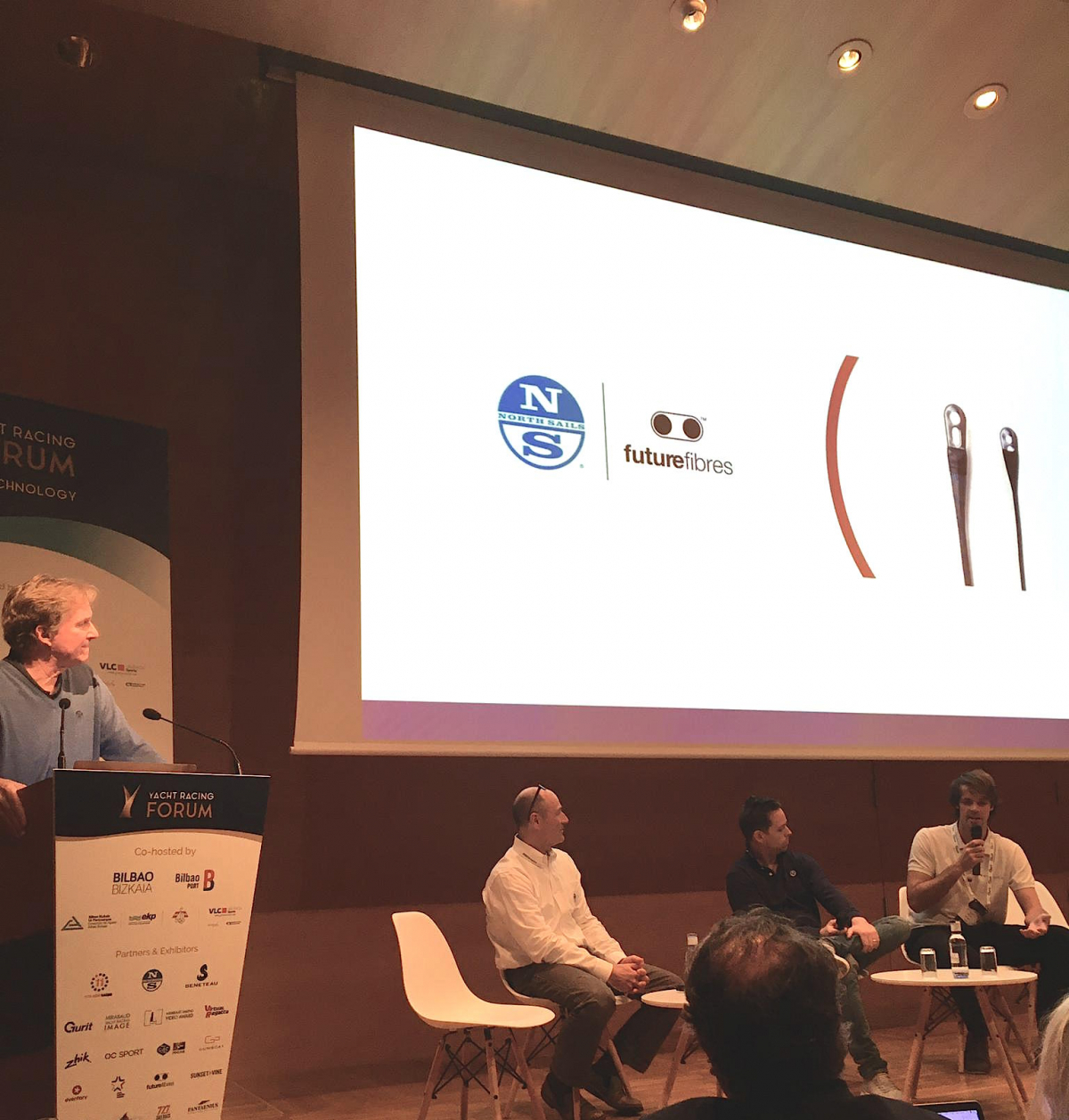 Future Fibres, for another consecutive year, has partnered with the Yacht Racing Forum 2019 that took place in Bilbao on the 25th and 26th of November. The leading annual conference for the business of sailing and yacht racing brought together 365 delegates from all over the world for two days of conferences, presentations and networking.

Head of R&D Jonathan Duval gave a topical presentation featuring the findings of aerodynamic studies that were carried out by the Wolfson Unit in the Wind Tunnel at the University of Southampton on varying rigging profiles.
The studies revealed AEROsix’s superiority compared to other aero solid carbon profiles as it vastly reduces drag thanks to a 2.7:1 extended ellipse shape while eliminating vibration due to its multistrand composition.

Overall the event was an overwhelming success giving Future Fibres and a number of the sail industry’s key stakeholders an important platform to discuss and share various new technologies and solutions that can help shape the future of sailing.