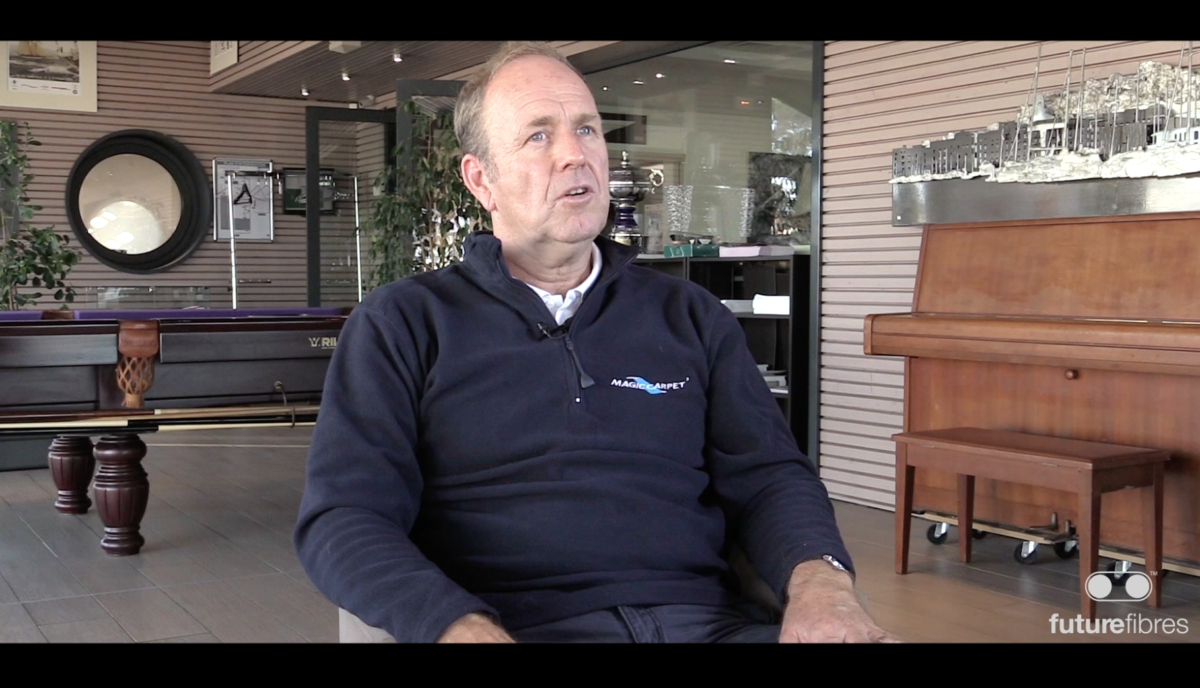 Future Fibres travelled to Saint Tropez to talk to Danny Gallichan, captain of Magic Carpet 3. The high performance superyacht was recently fitted with the new Future Fibres AEROsix rigging as well as a new Southern Spars mast and boom, for a perfectly integrated aero rig package.

AEROsix is the next generation high performance rigging system developed by Future Fibres for grand prix racing and superyachts. It combines both the reliability and strength of multi-strand rigging with the performance attributes of solid carbon, to create the ultimate rigging option on the market.

The rigging was successfully tested on the yacht during Les Voiles de Saint-Tropez in 2018, where Magic Carpet 3 showed excellent form to finish 1st out of the competing Wallycentos and 2nd overall in the class. With the yacht sailing to a high performance, and experiencing no rigging vibration, Danny told Future Fibres how happy he was with his decision to upgrade to AEROsix.