A new Return to Mallorca record with the help of ECsix 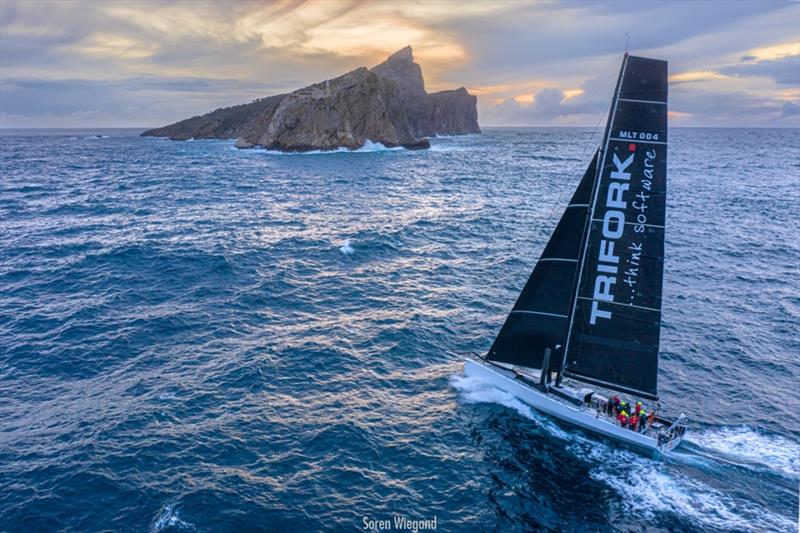 ECsix multistrand rigging smashes the Mallorca around the island record aboard VO70 Trifork.

Harnessing the power of Storm Gloria and gale force winds, Joern Larsen and his team on the VO70 Trifork, shattered the Mallorca round the island record in 13 hrs, 15 mins and 17 secs, besting the 15 year record by almost 4 hours.

The yacht’s onboard package is made up of the latest-gen ECsix rigging together with a Southern Spars rig with the reliability and performance being put to the sternest of tests.

Battling gale force winds in excess of 80km/h, heavy rainfall and waves of over 8 meters, the team took advantage of the difficult conditions to challenge the record and even exceeded 20 knots at many sections of the circumnavigation.

This record breaking achievement is the perfect testament to the performance and reliability that can only be achieved by Future Fibres’ multistrand rigging products for intense racing in the harshest environments.